Safe Spaces are places where people who feel marginalized on account of race, gender, sexual orientation, etc. can go and escape hate speech and rigid belief systems.  Sounds reasonable.  Everybody deserves to feel safe.  I believe the way Safe Spaces are being applied, however, actually serve to reinforce the dogmatic thinking they are seeking to avoid.

Let’s take a contemporary belief held by some groups of people that would send a gaggle of college freshmen running for a safe space: “Transgender people should use the bathroom that corresponds with the sex they were assigned at birth.”  When a person articulates this belief out loud,  Safe Space folks go running, pausing only to look over their shoulder and yell, “Bigot!” before tuck and rolling in to their sanctuary.  Within the Safe Space, like-minded people reassure one another their belief holds the moral high ground, and any that oppose the belief within the Safe Space are denounced as regressive throwbacks.  The original person that stated their belief about transgender people’s bathroom usage maintains their belief, unchanged by the Safe Spacer’s tantrum.  The Safe Spacer’s belief is left unchanged; maintained and reinforced by his peers within the Safe Space.  The Safe Spacer’s belief, “Transgender people should use whatever bathroom they please (which I endorse, by the way)” becomes the Absolute Truth; especially when championed by University faculty.  This is dogma.  Beliefs unchecked due to being derived behind the shield of the Safe Space become dogma.  Now, bear with me as I talk about jiujitsu.  I’ll come back around to this Safe Space stuff in a minute. 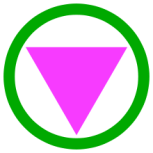 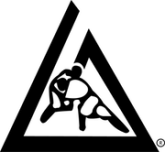 Unless you have been living under a rock since 1993, you probably are aware that jiujitsu fundamentally changed the way we think about effective fighting.  A skinny Brazilian choked out bigger, badder dudes trained in movie-friendly martial arts like Kung Fu and Karate all the way to a tournament victory.  The Jiujitsu player did this by not adhering to the dogma inherent to many traditional martial arts.  Jiujitsu is one of the few martial arts that can be trained at 100% without a big risk of injury.  Due to this, jiujitsu practitioners are able to determine very quickly what techniques are bullshit, and what techniques have merit.  Bullshit techniques are flushed down the toilet quickly, as the application of said technique leads to the person applying it getting strangled.  Getting strangled has a funny way of discouraging a person from doing whatever it was that immediately preceded their opponent’s arms from cutting the blood flow to their brain.  On the flip side, when you successfully pull off a technique you have drilled, and then do it again and again, it reinforces you to add that effective technique to your arsenal.  When your opponent does everything they can to keep you from beating them, but you pull off the technique and beat them anyway, you have developed confidence in that technique through your own effort in learning, drilling, and applying it.

Traditional martial arts, however, have a different approach.  Many of those martial arts don’t spar at 100%.  Techniques, and the application of those techniques are drilled with non resisting opponents, focus mitts, heavy bags, and sometimes, the techniques are applied against no resistance at all (Kata).  Practitioners of these martial arts are taught how deadly effective their martial art techniques are, and that this is the reason they can’t try their technique on a live, resisting opponent.  After all, these Shaolin secrets are too deadly to use and you need to register your hands as deadly weapons with the local police department right?  Riiiight.  Look, if my martial arts instructor tells me that my Spinning Preying Mantis Inverted Kick Chop technique is unbeatable, and that I am unbeatable now that I am a triple stripe golden black belt, but I’m not allowed to test myself to see if the techniques I’ve learned are indeed, unbeatable, then I have bought in to the dogma of that martial art.  My belief in my technique is unchecked by resisting opponents, and further propped up and emboldened by my insulated crew of martial artists at my McDojo.  For a history lesson, check out UFC 1 and/or any of the Gracie Challenge videos.

Now, let me try to synchronize my critique of the Safe Space.  Without resistance, we learn nothing.  Without having our technique, physical or intellectual, challenged and checked by fully resisting opponents, then we don’t truly know why we believe what we believe.  We haven’t earned it.  We haven’t expended the necessary effort of analyzing why we believe what we believe.  We haven’t gone through the process of vigorously grappling an opponent that has different objectives in mind.  In the Safe Space of padded university rooms and phony bologna martial art dojos, beliefs are simply adopted and passed on.  These beliefs go unchecked by an opponent trying to break your arm, or a detractor providing a counterpoint (harsh as it may seem!) to the belief you hold that you are convinced is morally correct.